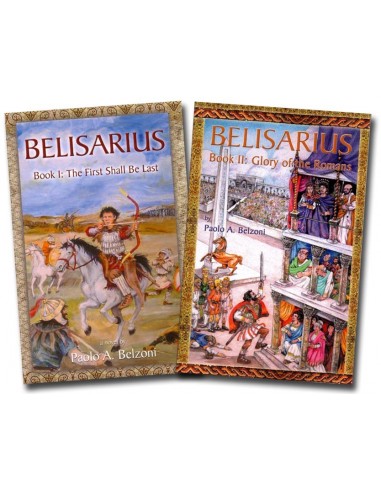 Book I: The First Shall Be Last is a historical novel that recreates the early life of the amazing hero, Roman general Belisarius. Filled with action and intrigue, the book is replete with historical and religious detail drawn from ancient historians such as Procopius, Agathias, John Malalas, and many others. The novel is a fascinating introduction to the Justinianic period - the last gasp of the Roman Empire and the infancy of Christendom in both the East and West. Recommended grade 7 through High School. Copyright 2007. Dimensions: 5.5 x 8.5 inches. Softcover. 241 pps.

Belisarius - Book II: Glory of the Romans continues the epic tale of Belisarius, the last great general of the Roman Empire. Aided by his resourceful new wife, Antonina, and his stalwart band of 'biscuit-eaters', Belisarius strives to build the most formidable army fielded by the Roman Empire in over a century. But his drive and determination breed only suspicion in the empress Theodora and jealousy in the palace chamberlain, Narses. From the desert wastes of Mesopotamia, to the burning streets of Constantinople, to the crumbling walls of ancient Carthage, Glory of the Romans follows the daring exploits of Belisarius as his fame and fortune increase while his virtues are put to the test. Recommended ages 14 and up. Copyright 2011. Dimensions: 5.5 x 8.5 inches. Softcover. 290 pps. 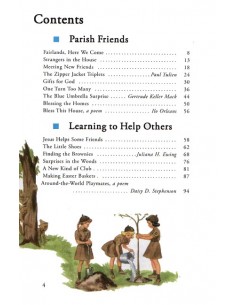 This is Our Parish Full Color 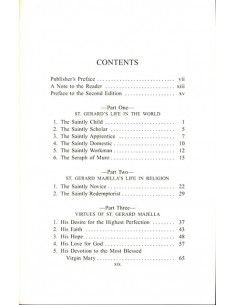 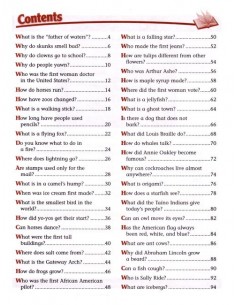