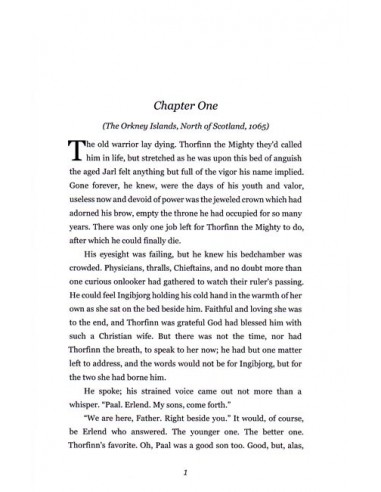 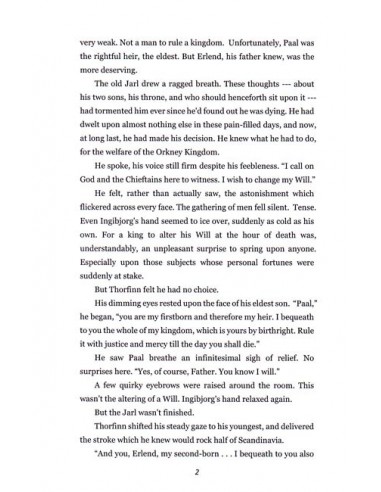 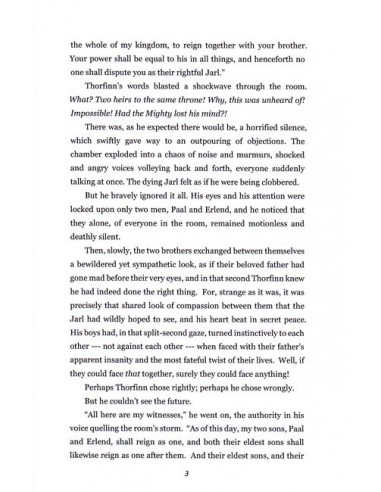 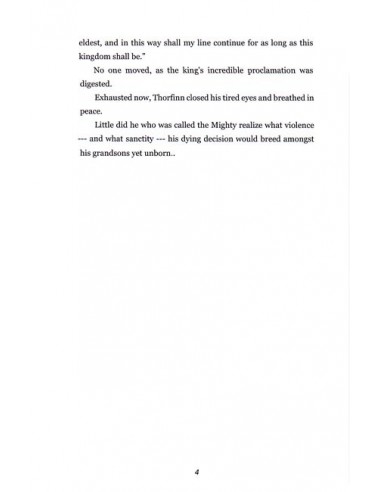 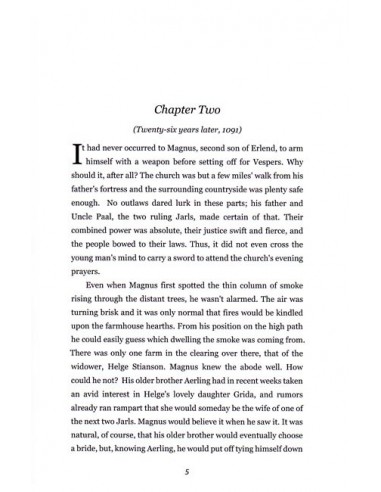 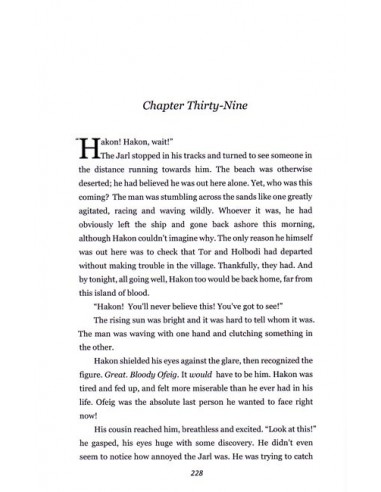 Come back in time 900 years, to the fierce and desolate Northern lands, where Norsemen ruled with ax and sword. A dying king, a shocking death-wish, his heirs divided with an oath of blood . . .

At last, the long-awaited third book by the highly acclaimed Catholic novelist Susan Peek. In this new fast-paced novel we are transported back to a place and age all but lost in the mists of time. The conflict unfolds between Magnus Erlendson, a heroic young prince aflame with the love of God, and his outlawed cousin Hakon, who blames Magnus for his banishment from their kingdom. What follows is a tale of betrayal and revenge, bravery and forgiveness, as Magnus seeks to restore his father's vanquished kingdom to its rightful hands. Entertaining and inspiring from start-to-finish, a must-read for all those who thrill to learn the life of a saint we never knew existed! Copyright 2014. Dimensions: 5.5 x 8.5 inches. Soft cover. 236 pp.

Note: There is violence and blood in the story, but a story like this could not be done justice without it. Violence is used to show the reality of what St. Magnus suffered and helps explain how he developed into the Saint the he became.

Natalia
Susan Peek did an excellent job in narrating the life of a saint so little known. It was hard to put down, as we read it we wanted to continue with the book the following day. 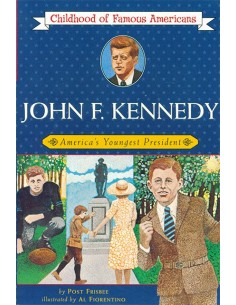 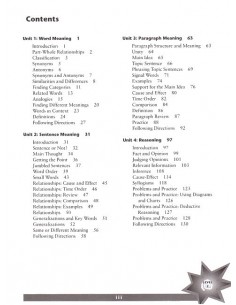 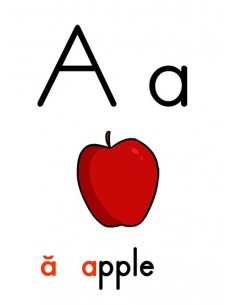