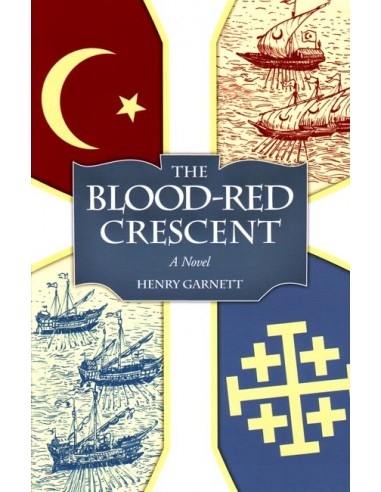 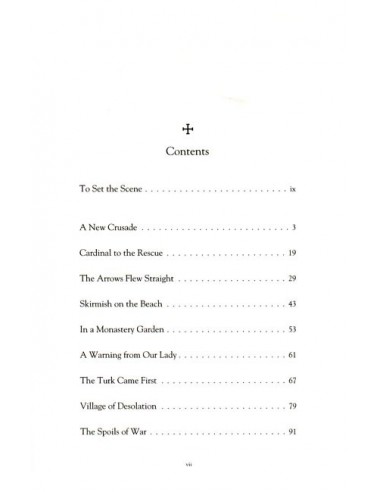 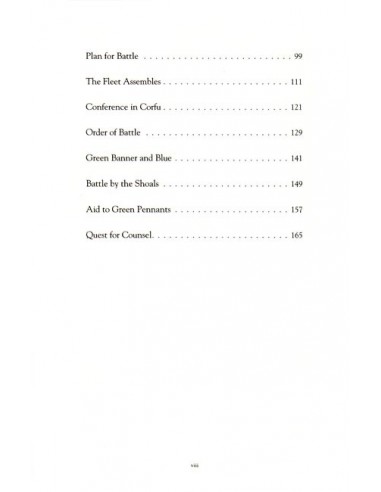 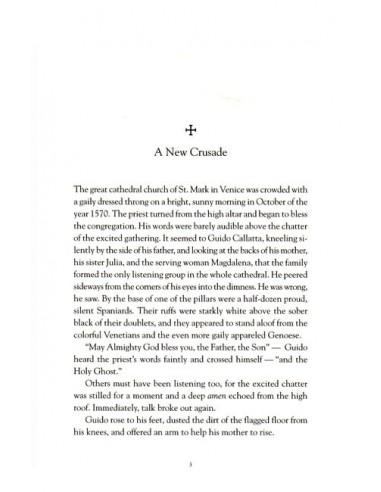 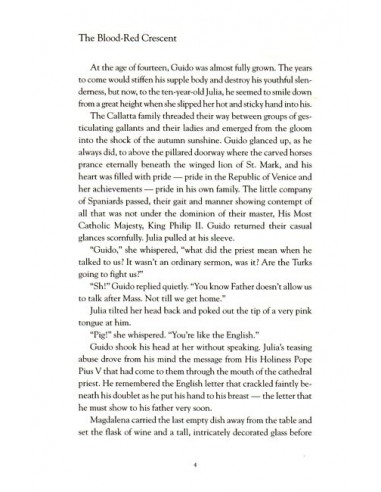 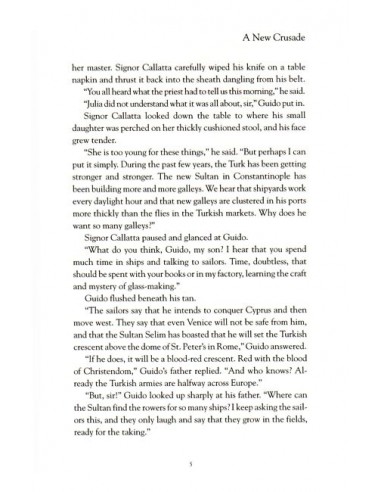 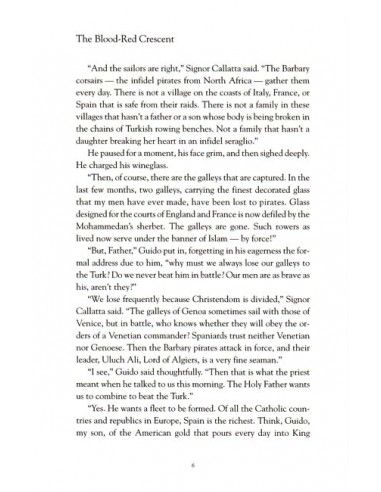 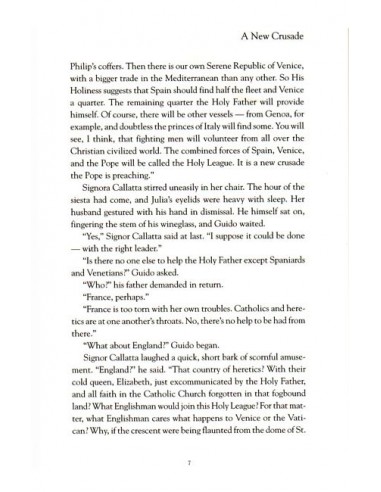 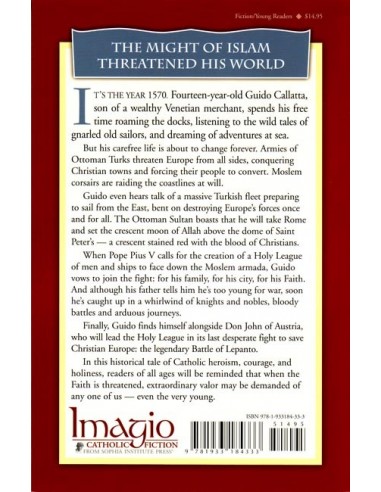 It's the year 1570. Fourteen-year-old Guido Callatta, son of a wealthy Venetian merchant, spends his free time roaming the docks, listening to the tales of gnarled old sailors, and dreaming of adventures at sea.
But his carefree life is about to change forever. Armies of Ottoman Turks threaten Europe from all sides, conquering Christian towns and forcing their people to convert. The Ottoman Sultan even boasts that he will set the crescent moon of Allah over the dome of St. Peter's, a crescent stained red with the blood of Christians.
When Pope Pius V calls for the creation of a Holy League of men and ships to face down the Moslem armada, Guido vows to join the fight: for his family, for his city, for his Faith.
And although his father tells him he's too young for war, soon he's caught up in a whirlwind of knights and nobles, bloody battles and arduous journeys. Finally, Guido finds himself alongside Don John of Austria, who will lead the Holy League in its last desperate fight to save Christian Europe: the legendary Battle of Lepanto.
In this historical tale of Catholic heroism, courage, and holiness, readers of all ages will be reminded that when the Faith is threatened, extraordinary valor may be demanded of any one of us, even the very young.
Copyright 2007. Dimensions: 5.5 x 8.5 inches. Softcover. 170 pps.

Eddi
-38
No question this is the place to get this info, thnaks y'all. 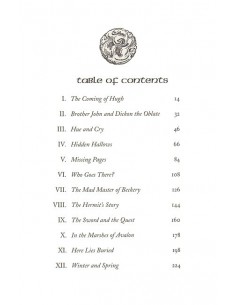 Will You Bless Me? 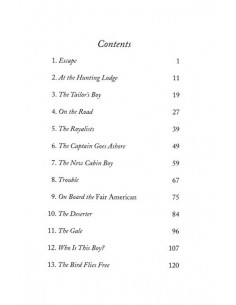