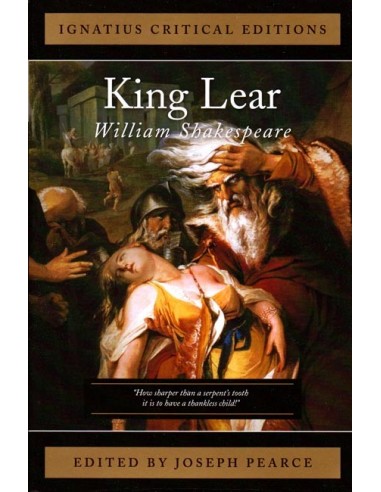 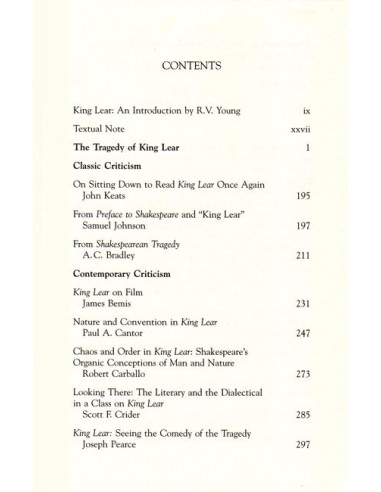 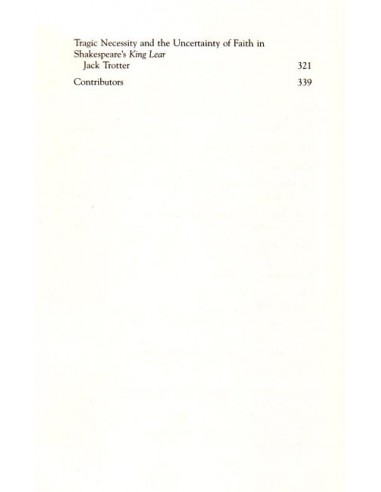 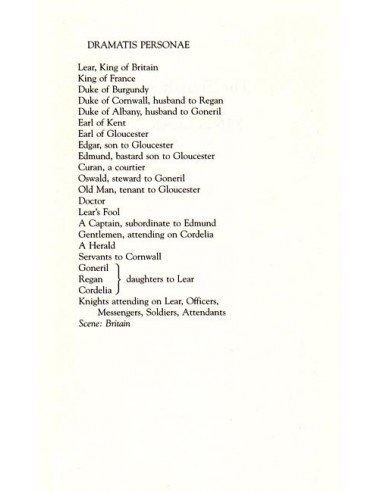 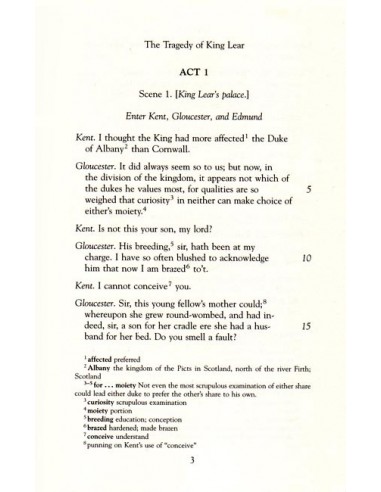 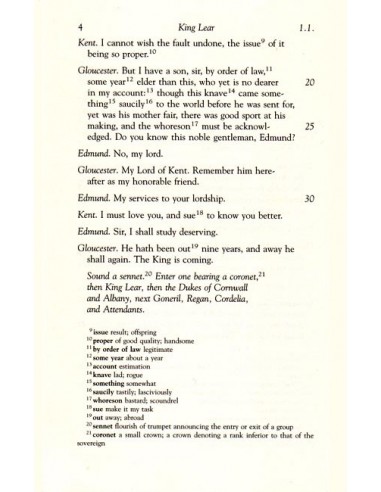 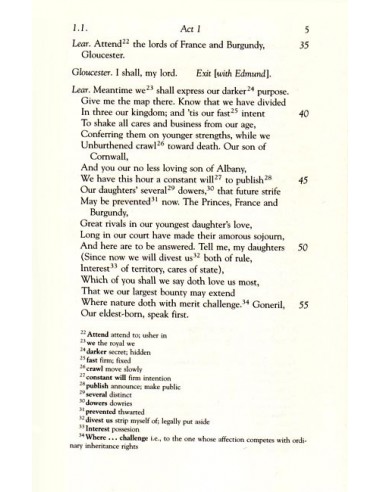 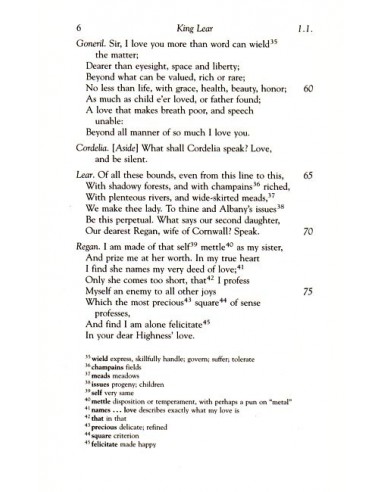 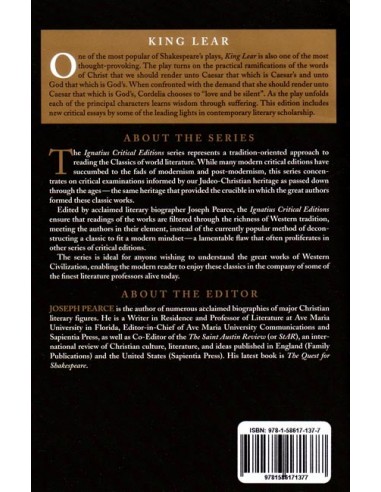 One of the most popular and thought-provoking of Shakespeare's plays, King Lear turns on the practical ramifications of the words of Christ, that we should render unto Caesar that which is Caesar's and unto God that which is God's. When confronted with the demand that she should render unto Caesar that which is God's, Cordelia chooses to "love and be silent". As the play unfolds each of the principal characters learns wisdom through suffering. This edition includes new critical essays by some of the leading lights in contemporary literary scholarship. Copyright 2008. 5.25 x 8 inches. Soft cover. 340 pp.

The Ignatius Critical Editions represent a tradition-oriented alternative to popular textbook series such as the Norton Critical Editions or Oxford World Classics, and are designed to concentrate on traditional readings of the Classics of world literature. Whereas many modern critical editions have succumbed to the fads of modernism and post-modernism, this series will concentrate on tradition-oriented criticism of these great works. Edited by acclaimed literary biographer, Joseph Pearce, the Ignatius Critical Editions will ensure that traditional moral readings of the works are given prominence, instead of the feminist, or deconstructionist readings that often proliferate in other series of 'critical editions'. As such, they represent a genuine extension of consumer-choice, enabling educators, students and lovers of good literature to buy editions of classic literary works without having to 'buy into' the ideologies of secular fundamentalism. 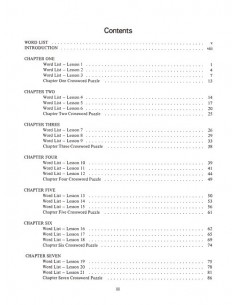 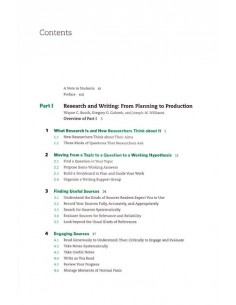 A Manual for Writers 9th Edition 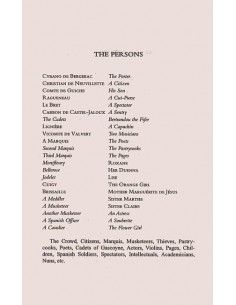